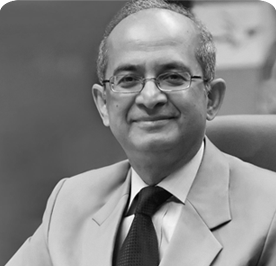 Rajat M. Nag is a Non-Executive Independent Director of Arohan. He has been a Director since January 31, 2015.

He holds a bachelor's degree in technology (electrical engineering) from the Indian Institute of Technology, Delhi and a master's degree in science and a master's degree in business administration and an honorary doctorate from the University of Saskatchewan, Canada. He also holds a master's degree in science (economics) from the London School of Economics and Political Science, University of London, United Kingdom. He is also a Distinguished Fellow at the Emerging Markets Forum, and has been recognized as a Distinguished Professor at the Emerging Markets Institute at Beijing Normal University, as well as a member of several non-profit organizations, including Action for Autism. Previously, he has served as the Managing Director General of the Asian Development Bank from 2006 to 2013.